Stowmarket back to winning ways against Essex side Witham Town

The Old Gold and Blacks looked to get their season back on track as they travelled to Simarco Stadium, buoyed by Aveley’s defeat to Hashtag on Friday night. Paul Musgrove made some enforced changes to his starting eleven, due to injuries and the notable absence of Stow Talisman Willie Clemons, who is suspended for two games. Stowmarket dominated the first half creating much of the chances when Bermudan International Reggie Lambe unleashed a 40-yard barnstormer of a shot from the left side which sailed underneath the bar for the opener. Josh Mayhew had a couple of headed shots parried away by keeper Rhys Madden to keep Witham in the game and as the half drew to a close it was Chris Casement running towards goal who unleashed a 20 yard stunner into the back of the net passed Madden in goal.

The second half continued in much the same vein with Witham making some inspired changes to their setup, Tom Bullard thought he had cleared a shot from Amaree Robinson- Jones off the line only for the linesman to give the goal, much to the consternation of the Stow backline. The Suffolk side endured an uncomfortable remaining 25 minutes of the match with James Bradbrook making a couple of world class saves alongside ‘body on the line’ goalkeeping to keep Stowmarket in the game and ultimately those precious three points.

Stowmarket travel to Felixstowe in an all-Suffolk clash on Tuesday night with both sides needing a win for the playoff places coupled with Stow having an outside chance at the title. 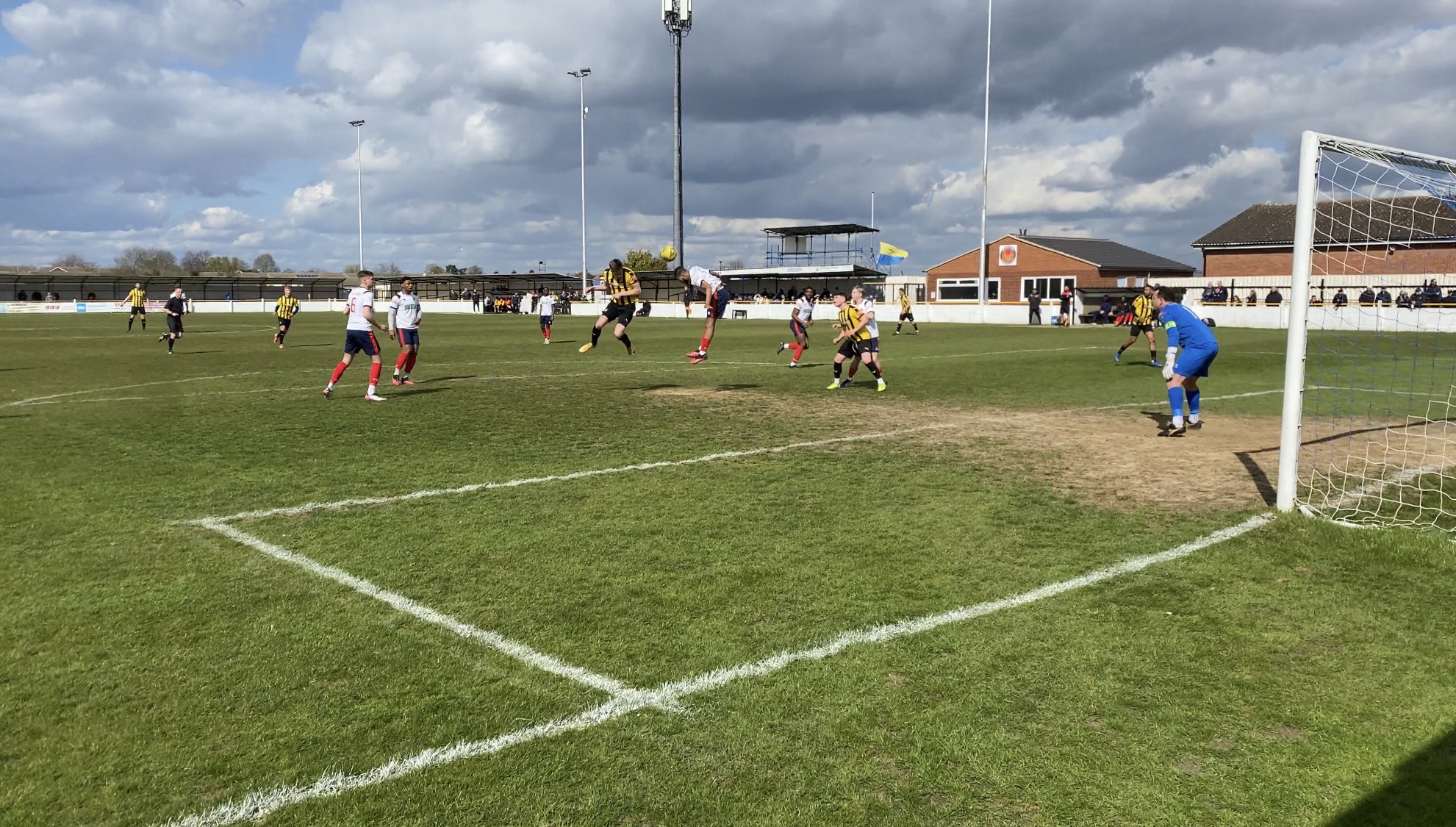 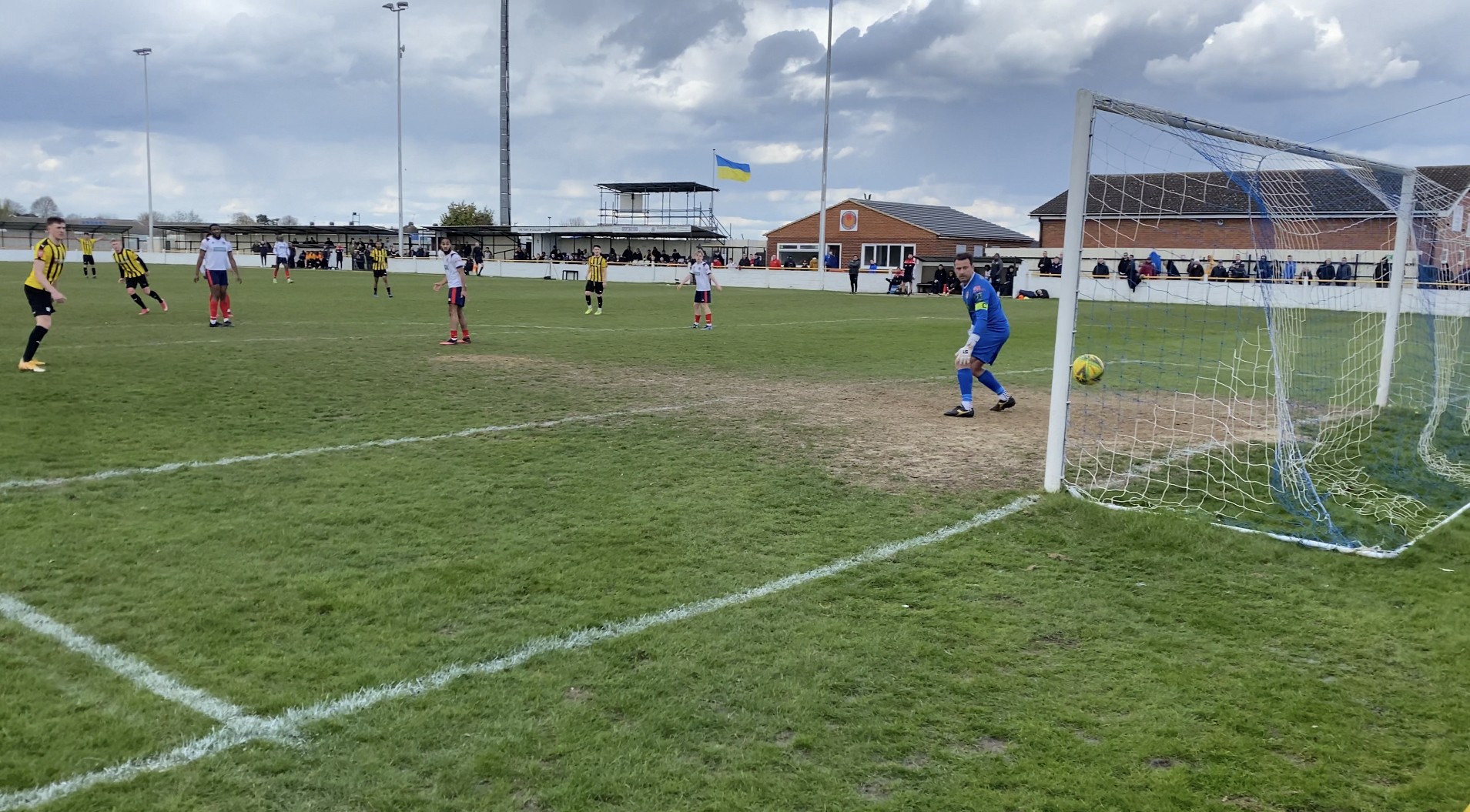 Reggie Lambe with a 40 Yard barnstormer of a goal 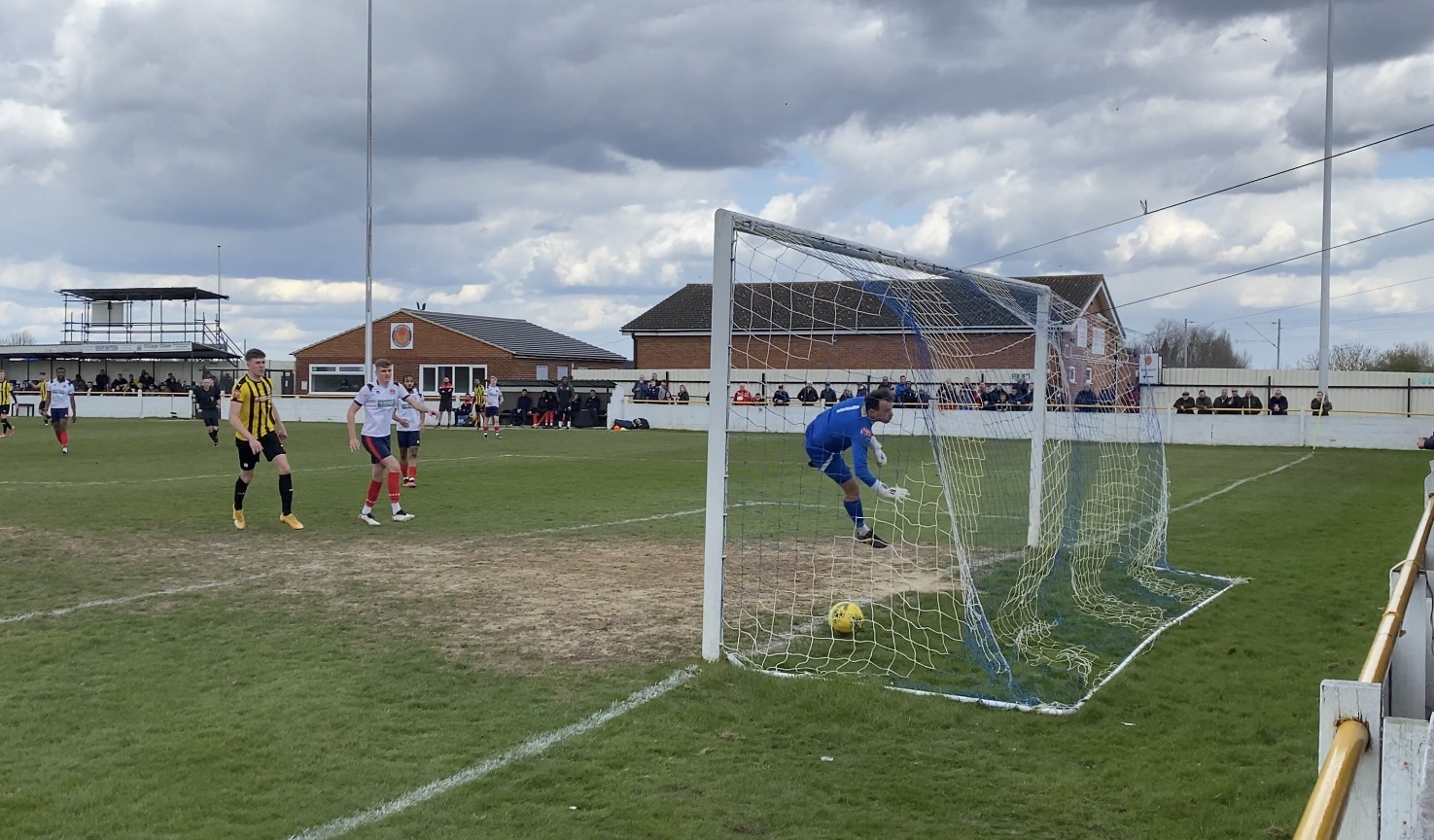