Stowmarket Town wrote their name into the Thurlow Nunn League history books at the weekend – setting a new record for the league’s longest unbeaten run.

A 1-0 win against Stanway Rovers at Greens Meadow on Saturday stretched Stow’s run without a defeat in the Premier Division to 38 games, eclipsing Wisbech Town’s 37-game record set in 1984. 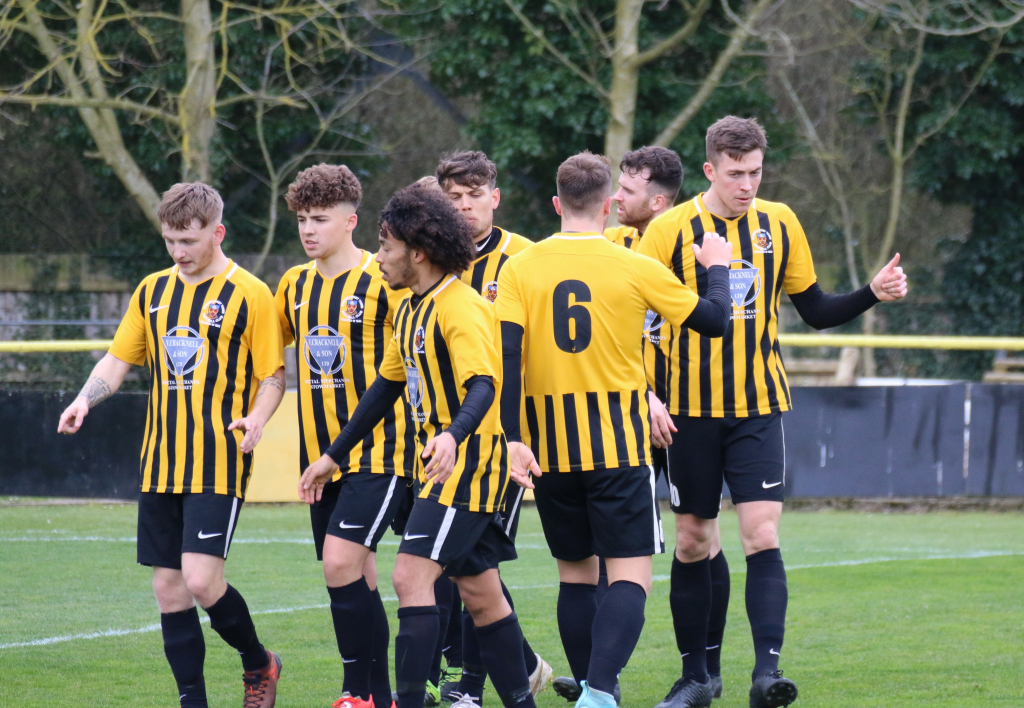 Just four days after suffering a 4-1 defeat away at Newmarket Town, few would have predicted Stow’s win against Haverhill Rovers, by the same scoreline, being the start of a 38-game unbeaten league run.

With only four games left of the 2018-19 season, and virtually pride left to play for, but an outside chance of finishing second, behind champions Histon, Stow bounced back from the Newmarket loss in style, as Josh Mayhew, Luke Read and George Quantrell all got on the scoresheet.

It was reasons off the pitch which made me include this game in my top five though. The club welcomed former striker Peter Woollard and his family as guests for the day, as part of Peter’s 80th birthday celebrations.

Peter was the winner of Stowmarket’s first ever player of the year award, at the end of the 1967-68 season, and it was his first visit to Greens Meadow, having scored all his goals for Stow at the old Cricket Meadow. It was a great pleasure to be a part of a special weekend for one of our former players.

What turned out to be Stow’s final away game of the 2019-20 season, due to the virus pandemic, was one to remember.

A first-half treble from Josh Mayhew had Rick’s men firmly in the driving seat at 3-0 up at half time, before Newmarket hit back with goals from Mark Lovell and Ross Paterson in the second half.

Stow were firmly up against it, until up stepped Dave Cowley, who had only recently returned from a three-month injury lay off, to score Stow’s fourth and secure all the points.

In front of a crowd close to 500, it was one of Stow’s toughest tests in the league last season and, against the last side who had registered a W over Rick’s men in the Premier Division, the victory was an important one. 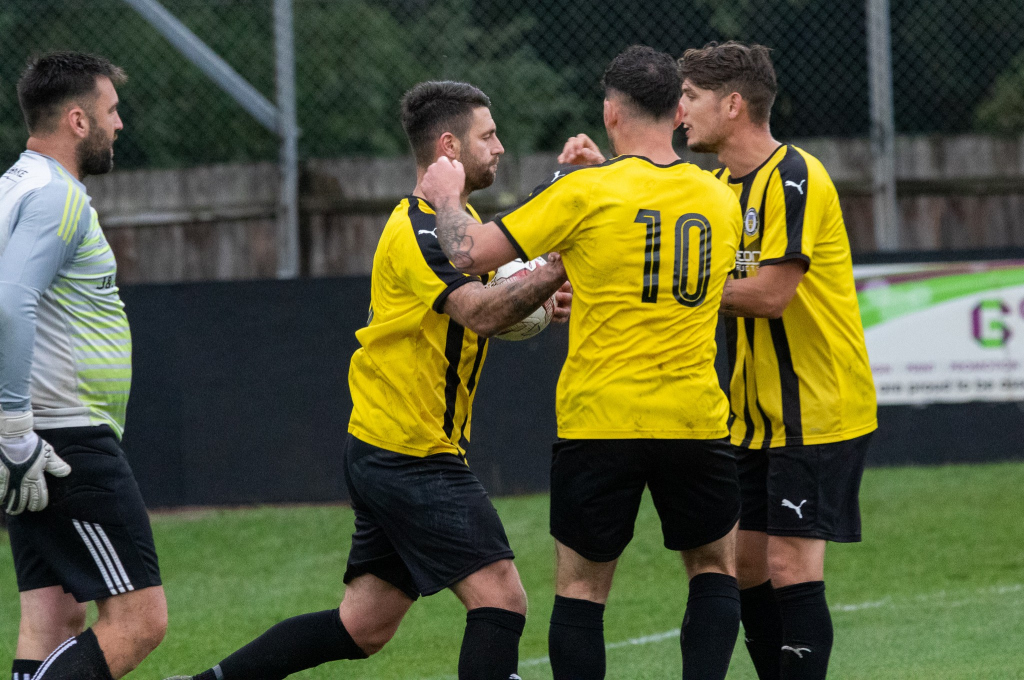 To go on an unbeaten run as long as Stow have doesn’t come easy. There are games when, for whatever reason, things don’t click and the performance is below the high standard which has been set in recent years.

Never was this more apparent than only three weeks ago when Godmanchester Rovers came to town. As the rain came down at Greens Meadow, and Goddy stormed into a 2-0 lead in the first half, it looked like Stow’s bid to equal Wisbech Town’s 37-game unbeaten run would fall two games short.

With time ticking away, Rick’s men showed their never-say-die attitude in the final 20 minutes, as Luke Read pulled one goal back and then deep into added time Jack Ainsley scored from the spot to salvage a point and move to within one game of the record.

There have been other occasions during this run when Stow have found themselves behind, but this game was the closest they came to losing. Stow’s late rally showed that you should never give up until the final whistle. 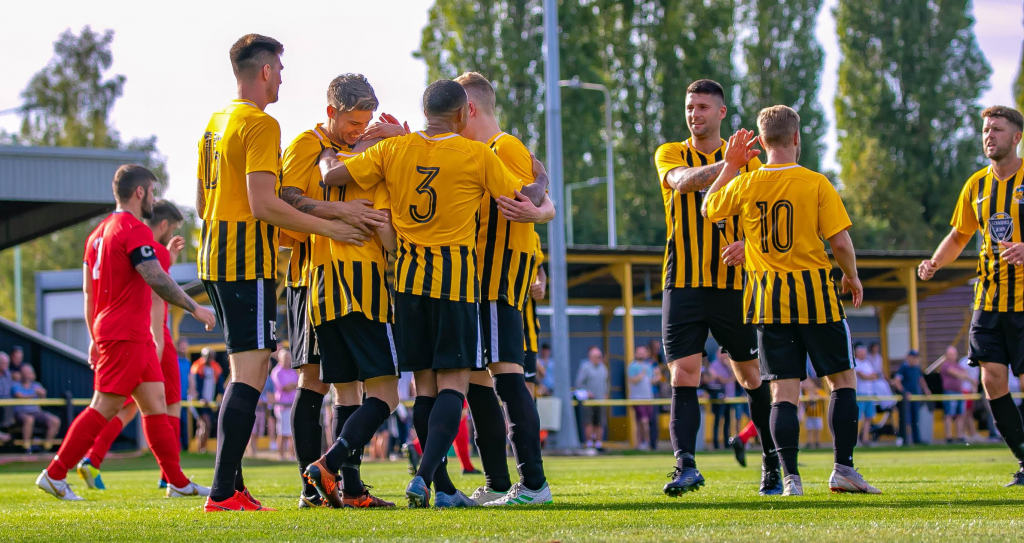 Heading into the 2019-20 season, a lot had been said about Stow and their recruitment during the off season. Many had tipped Rick’s men to be clear winners of the Premier Division before a ball had been kicked.

But nothing is won on paper and each point has to be earned. An early season visit from Woodbridge Town, runners-up in the Premier Division in 2018-19, would provide a quick insight into how strong this newly-assembled Stow squad was.

Stow answered the challenge in emphatic fashion, as a Dave Cowley hat-trick, and goals from Joe Jefford, Josh Mayhew, Robbie Sweeney and George Clarke gave the Old Gold and Blacks a 7-0 win.

Although a one-sided scoreline, Stow were at their clinical best on that sunny afternoon at Greens Meadow, while also being at their best in defence, thwarting any openings for Woodbridge. 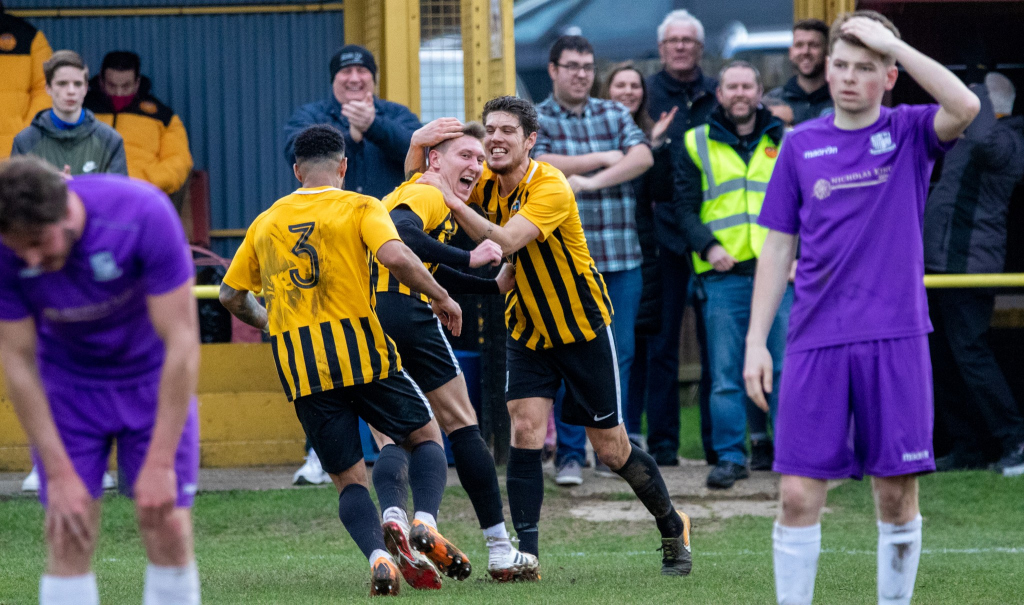 Sadly, due to reasons out of Stow’s control, this never-to-be-forgotten comeback would be the last Premier Division fixture in the curtailed 2019-20 season, but what a game to finish with.

Rick’s men entered the final seven weeks of the season with the Premier Division title, and an historic promotion to Step 4, in their sights. Although a first league defeat of the season wouldn’t have been disastrous to their title ambitions, Stow were determined to win the league and do it as ‘the invincibles.’

A Nathan Rowe penalty, followed by a Jamie Griffiths goal, either side of half-time, left Stow right up against it, and also a man down after Anton Clarke was sent off for hand ball in the box.

What followed was an astonishing comeback. Josh Mayhew and Jack Ainsley pulled the 10 men of Stow level, before Christy Finch and Matt Blake put the finishing touches to a magnificent fightback.