Stowmarket Town are through to the last 32 of the Buildbase FA Vase for the third season in a row after beating Norwich CBS 2-0 at Greens Meadow.

New signing Reggie Lambe made it two goals in as many games for the Old Gold and Blacks with a sublime strike on nine minutes to open the scoring.

And Josh Mayhew’s 86th-minute header crashed off the crossbar and went over the line to seal the victory against plucky lower-league opposition.

Two weeks after opening their 2020-21 Vase campaign with a 5-0 thrashing of Eynesbury Rovers, Stow were handed home advantage again, as they welcomed Thurlow Nunn League First Division North outfit CBS to Greens Meadow in the third round. 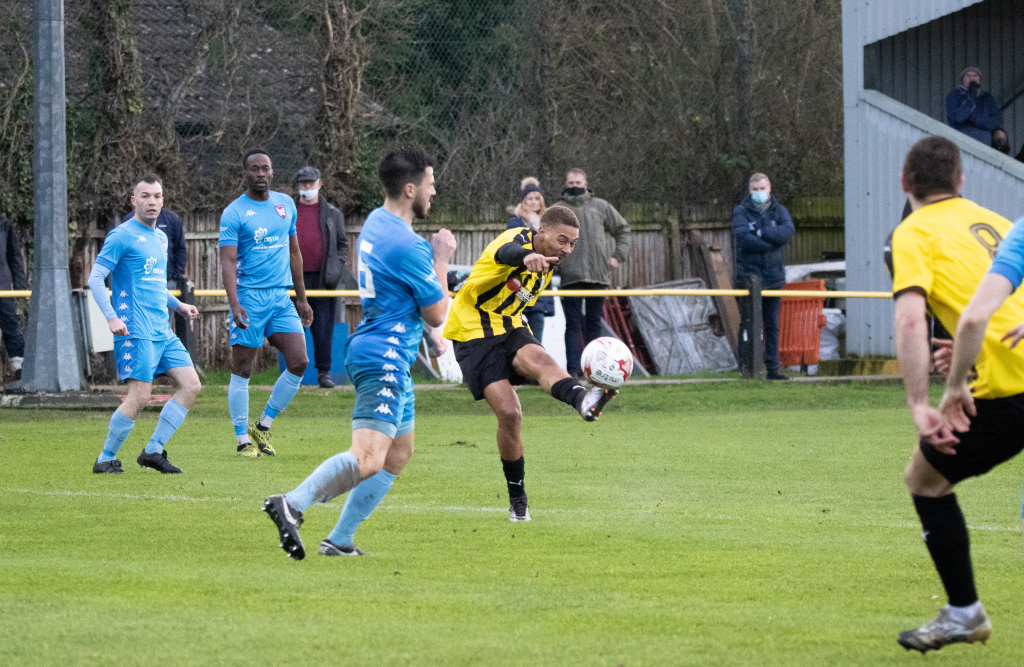 Stow boss Paul Musgrove made just one change to the starting line-up for his second game in charge, with George Quantrell taking the place of Evan Collard, who dropped to the bench.

With barely two minutes on the clock the home side had an early sight of goal, as Mayhew pounced on a mistake in the Norwich defence, but his tame effort was comfortably gathered by Nathan Pauling.

Norwich, who had knocked out March Town United, Ipswich Wanderers and May & Baker Eastbrook Community to reach the last 64 of the national competition, also threatened an early breakthrough, but Valter Rocha could not quite get a clean connection on his header.

The deadlock was broken on nine minutes, as Lambe collected the ball from Quantrell, and fired an unstoppable strike from just inside the box past Pauling to put his new club 1-0 in front. 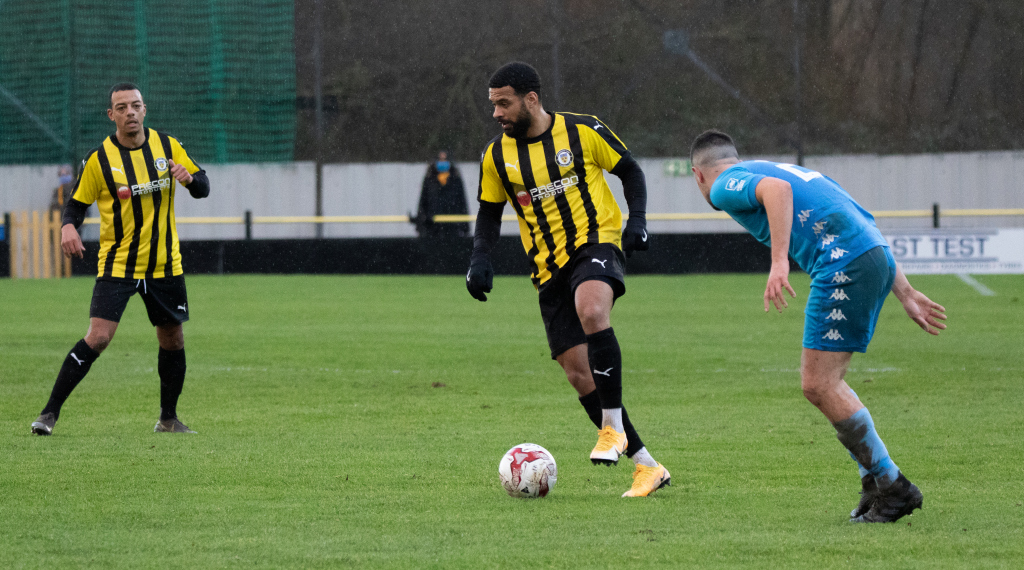 Musgrove’s men continued to carve out chances on the Norwich goal during the rest of the first half, with Lambe, Jack Ainsley and Chris Casement all being denied by the busy Pauling.

Norwich still posed a threat and Rocha fired wide of the target with two efforts either side of the break and, with the score at 1-0, there was a sense that the tie was still on a knife edge.

But with four minutes of normal time to go, Stow had the breathing space they were searching for. Substitute Dom Docherty’s cross into the Norwich box found Mayhew and his header struck the crossbar and, after a brief wait, was adjudged to have crossed the line by the referee.

Now with a two-goal advantage, Stow saw out the final minutes to advance into the fourth round of the Vase for the third consecutive year, and for only the fourth time in the club’s history.

The draw for the fourth round is due to be published at 1pm on Monday with all ties scheduled to take place on Saturday, January 9.

🍻 Congratulations to @BasiDunbar who was selected as today's Morley's Mob man of the match. Thanks to @231064mc for providing the beers! #SebDunbarMyLord