Stowmarket Town have set a new record for the longest unbeaten run in the Thurlow Nunn League after beating Stanway Rovers 1-0 at Greens Meadow.

Josh Mayhew grabbed the only goal of the game on the stroke of half time to clinch all three points for Stow, and extend their run without a league defeat to 38 games.

The Old Gold and Blacks had equalled the league’s unbeaten record, set by Wisbech Town, which had stood for 36 years, by winning 2-1 at Woodbridge Town on Wednesday night.

And now Rick Andrews’ men have the record to themselves, with Mayhew’s strike making it back-to-back wins and pushing Stow up to sixth in the Premier Division table. 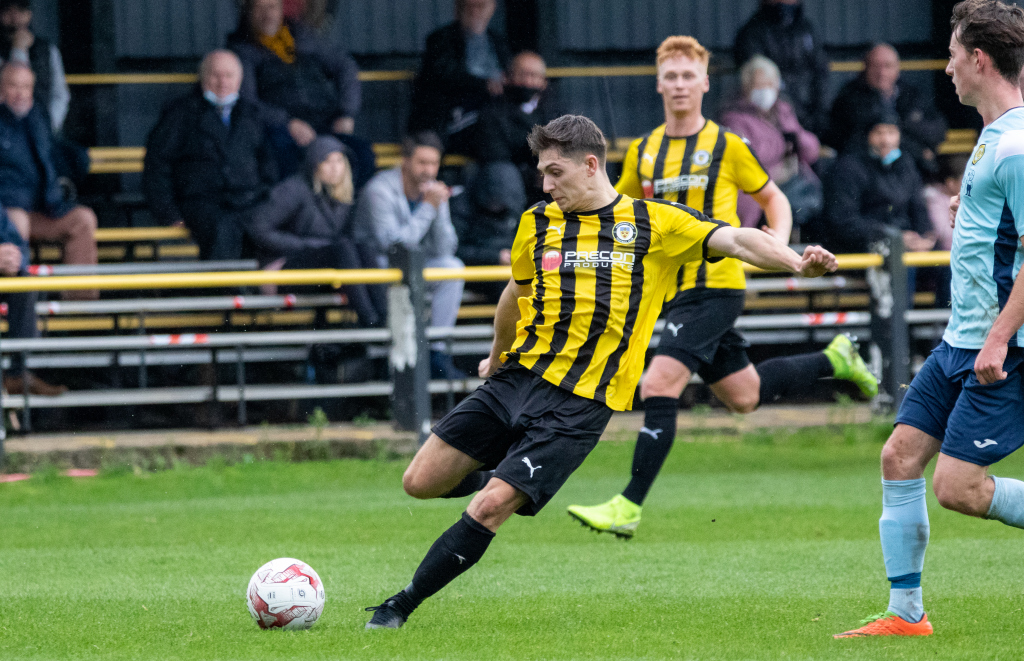 Stow manager Andrews made two changes to the side which started at Woodbridge during the week, as Joe Jefford and Evan Collard, both second-half substitutes at Notcutts Park, started in place of Anton Clarke and Jamie Shaw, who both dropped to the bench.

There was a welcome return to the Stow squad for teenage midfielder George Quantrell, following his transfer from Dereham Town on Thursday evening.

Stanway arrived to Greens Meadow on an impressive four-game winning run, in which they had found the net 16 times, a stretch of victories that had pushed the Essex side up to third in the table.

The visitors tested Stow early on with James Bradbrook brought into action to make two important saves in the opening 20 minutes, while at the other end George Bugg saw two efforts go wide of the target.

Stow enjoyed a good spell midway through the first half, with Dom Docherty and Collard forcing saves from Luke Skinner, in the Stanway goal, while Luke Read had the ball in the net, but the referee had already blown his whistle for a foul. 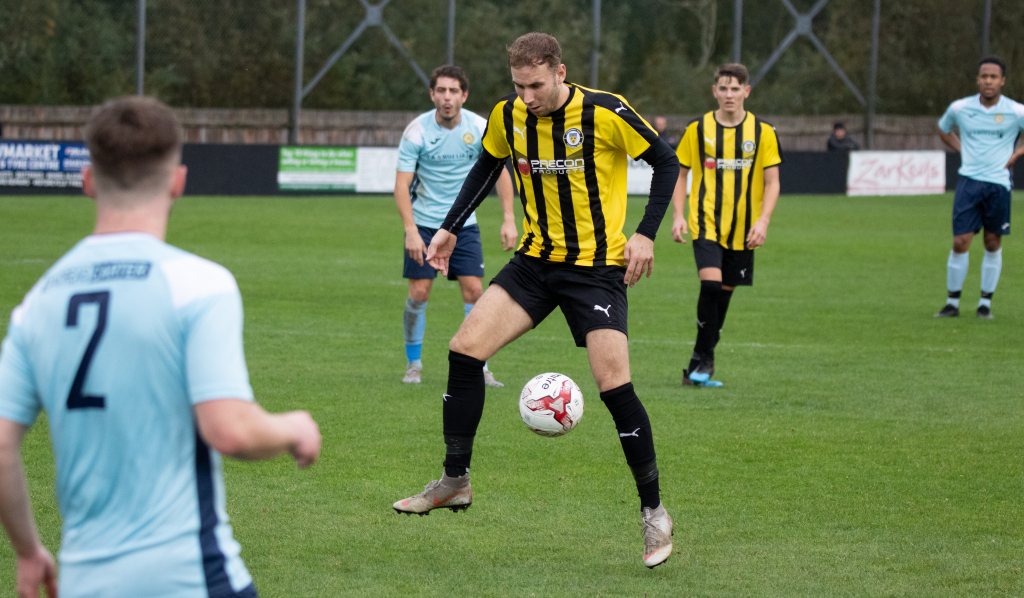 The game’s only breakthrough arrived on 45 minutes, as Seb Dunbar’s low cross reached the centre of the penalty area, and Stanway defender Alexander Taylor missed the ball with his attempted clearance, and Mayhew was on hand to finish past Skinner for his sixth goal in three games.

Early into the second half Read sent a fine ball over the Stanway defence which led to another Skinner save, closely followed by an important block, but for much of the second half the two sides cancelled each other out.

A late rally saw substitute Shaw head over from a Bugg cross, and then Shaw turn provider to tee up Docherty, who fired straight at the goalkeeper.

Stow saw out the final minutes to hold onto their narrow advantage and record back-to-back league wins for the first time this season. Next up for Andrews’ men is a trip to Mildenhall Town next Saturday (3pm).