Stow Bow Out Of Premier Cup

Stowmarket Town missed out on a place in the 2019-20 Turners Hyundai Suffolk Premier Cup final after losing 4-1 to neighbours Needham Market.

The Old Gold and Blacks were bidding to reach the final of Suffolk’s leading cup competition for the first time in 23 years, as they took on higher-league Needham at The MEL Group Stadium, home of AFC Sudbury, on Tuesday night.

Two leagues separated the two sides, and it showed on the night as Needham struck twice in each half to run out 4-1 winners in the semi-final to setup a clash with Step 3 rivals Lowestoft Town in the final.

After bowing out at the last four stage to Felixstowe & Walton United in 2018-19, Rick Andrews’ men made it through to back-to-back semi-finals after seeing off fellow Step 5 sides Long Melford and Brantham Athletic during last season.

The penalty shootout win against Brantham, back in March, then handed Stow a first competitive meeting against Needham since 2009, and the tie, along with Lowestoft’s postponed clash with Bury Town, were both held over into the early weeks of the 2020-21 campaign. 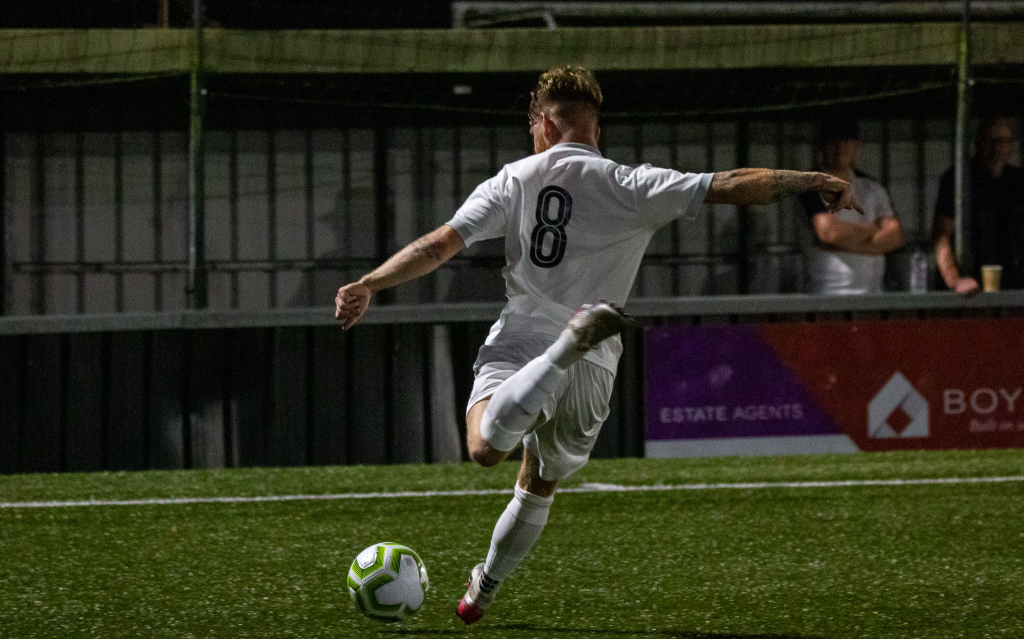 Stow manager Andrews made two changes to his side which had started in last weekend’s 2-1 win at Yaxley, in the Emirates FA Cup, as Jamie Shaw was ruled out through injury, and Craig Parker, who was with Needham last season, was cup tied.

Josh Mayhew, a first-half replacement for Shaw on Saturday, was back among the starters, while there was also a welcome return for Robbie Sweeney, making his first appearance after returning from injury.

A quiet opening quarter of the game saw neither goalkeeper seriously tested, until midway through the half Needham struck the post of the Stow goal with a shot from outside the box.

Stow did not heed the warning sign and two goals in two minutes shortly after, both scored by Ben Fowkes, gave Needham a firm grip on the tie.

Andrews’ men responded well to the double blow and started to carve out chances as the first half drew to a close, before the restart after the break prompted Stow’s best period of the game.

Sweeney and Mayhew were both presented with opportunities to score, and Stow’s determination was rewarded on 64 minutes when Mayhew’s excellent cross was turned in by Charlie Clarke, his first competitive goal for the club giving his side a lifeline.

Stow’s tails were up and an equaliser almost materialised a few minutes later, before Needham regained their two-goal cushion on 72 minutes to make it 3-1.

Fowkes completed his hat-trick with five minutes to go as Needham pulled the game away from Stow, finishing up 4-1 winners to book their place in the final for the second time in four seasons.

Stow do not have long to wait before returning to action in the Suffolk Premier Cup, with a trip to Whitton United in the second round of this season’s competition scheduled for early next month.

The Old Gold and Blacks continue their road trip by visiting Thetford Town in the league this Saturday (3pm), before travelling to Cambridge City in the Emirates FA Cup first qualifying round on Tuesday (7.45pm).