Stowmarket Town are proud today to have unveiled the Bob Moore and Geoff Squirrell Stand at Greens Meadow.

The two long-serving and loyal supporters of the club have been following the fortunes of the Old Gold and Blacks for many years, and have also held various volunteer roles on the committee to help keep the club running in the past.

The club invited Bob and Geoff to Greens Meadow today for a surprise unveiling of the plaque, which sits above where the two of them sit on matchdays, as a thank you for their support. 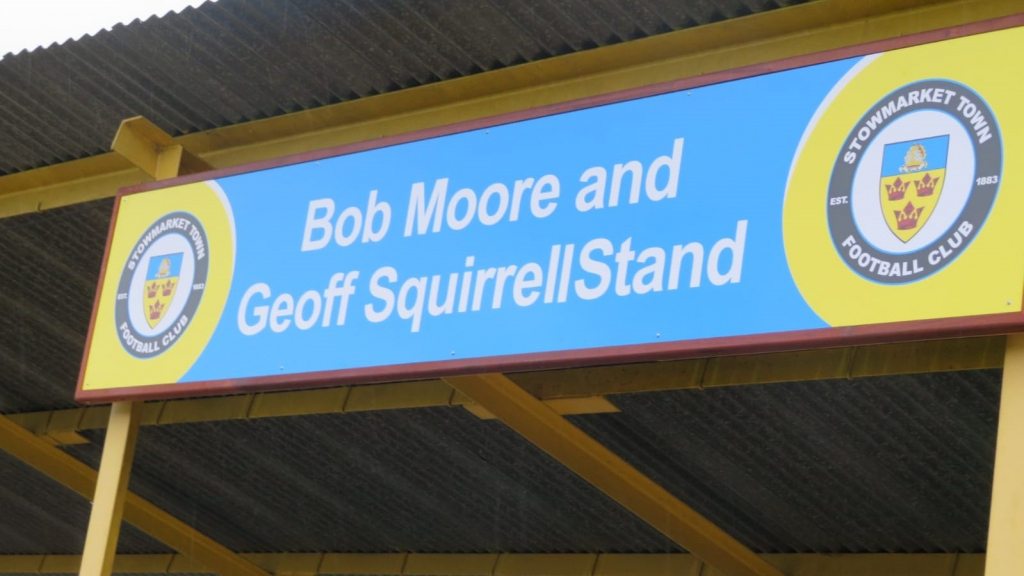 Last year, Bob and Geoff featured in the matchday programme as part of ‘A View From The Terrace’ feature for supporters, and when asked to sum up in a sentence what the club meant to you, Geoff replied: “Every bloody thing!”

Bob’s first memory of attending a match was as a 10-year-old watching at the Cricket Meadow when his uncle played, and in the 1950s going to Portman Road and winning the Suffolk Senior Cup, while Geoff recalls watching the club before being called up to the army in December 1950.

Geoff and his wife Jean celebrated their 60th wedding anniversary in April last year, and Jean and Bob’s wife used to run the club’s kitchen and washed the kit for 15 years, while Geoff looked after the pitch with “Anywhere” Ron Crysell. 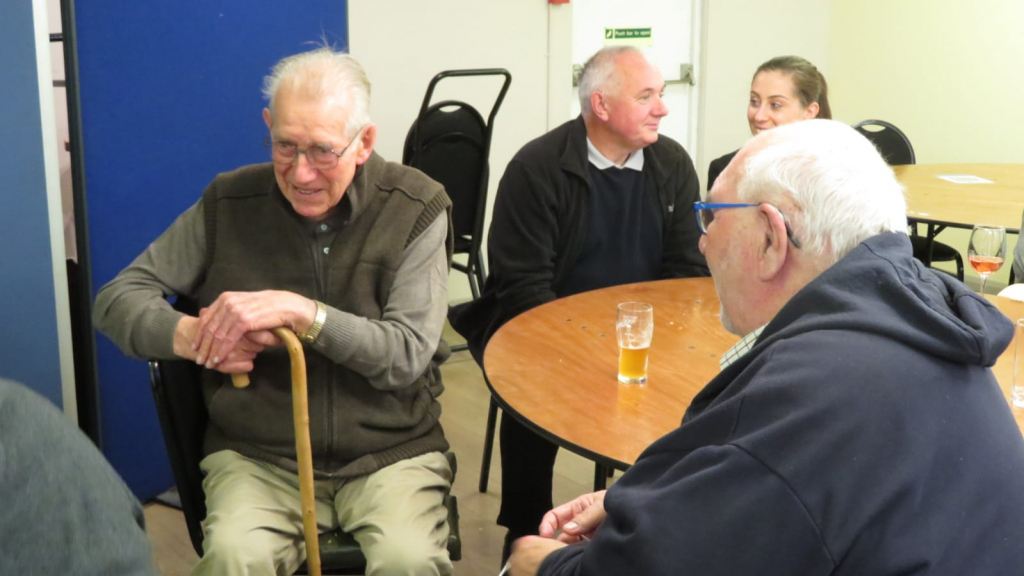 “To be involved today was a honour,” Stow first-team manager Rick Andrews said. “I am so pleased the club chose to recognise the contribution both Geoff and Bob have given the club over many years.

“I will never forget my first time meeting Geoff as he walked into the changing rooms as I was meeting the players for the first time. At the end of the meeting he told me he liked what he had heard!

“I very much look forward to catching up with both Bob and Geoff on a matchday where they are both quick to share their views. They have both given me their unstinting support which I greatly appreciate.

“I hope in return I can deliver success on the pitch and take the club into Step 4. I always say football is about making memories and today is another one that will live with me for a very long time.”