Stowmarket Town played out a goalless draw at Norwich United in their first away game of the new season.

Shaun Wones was sent off for hosts Norwich midway through the second half, but Stow could not find a way through and were left to settle for a point.

The draw extends Stow’s unbeaten run in the Premier Division to 33 games, with their road trip continuing in the Emirates FA Cup this weekend.

Stow manager Rick Andrews was forced again to shuffle the pack as his stretched squad made a midweek visit to Plantation Park.

Tom Bullard returned from suspension for his first appearance of the season, and first since being announced as Stow’s new captain, while Anton Clarke was also handed his first game since the restart, and Joe Jefford returned alongside Bullard in defence.

In a clash between the two sides that occupied the top-two places in the Premier Division last season, before it was cut short, neither side were able to break the deadlock. 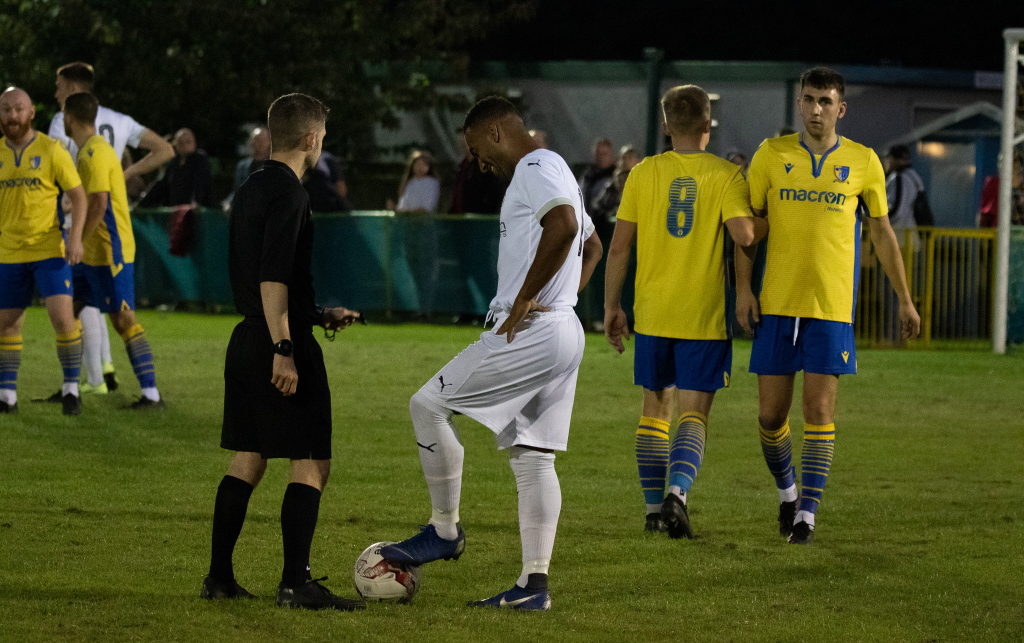 Stow goalkeeper James Bradbrook was brought into action twice during the first half, keeping out a close-range header from a free kick, as well as a low effort from the left side.

While at the other end, Charlie Clarke and Jamie Shaw both came close to opening the scoring for the visitors.

Charlie Clarke tested Norwich’s number one Andy Wilton with a header from Josh Mayhew’s cross, while it was Mayhew again who set up Shaw for a header which went wide of the target.

A bright start to the second half for Stow saw two chances at goal carved out in the opening 10 minutes.

Shaw, deployed up front for the first time this season after playing in defence for the previous two games, made space and fired over, before Charlie Clarke teed up Jack Ainsley, who also shot wide. 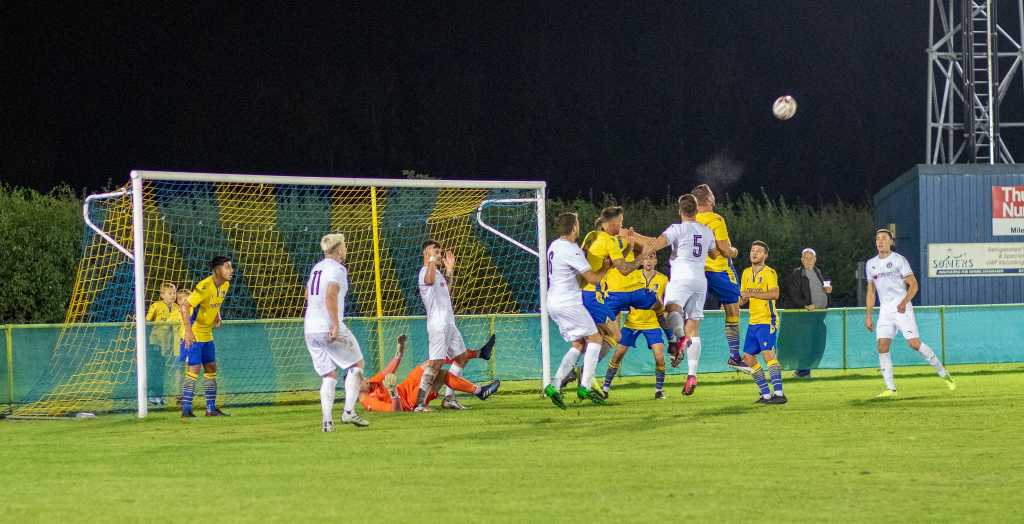 A dangerous ball sent across the Stow box somehow evaded everyone, as Norwich threatened a breakthrough themselves, but moments later their bid to end Stow’s long unbeaten run was dented when defender Wones was shown a second yellow card.

Despite their numerical advantage on the pitch, Andrews’ men were unable to break the deadlock in the game’s final quarter.

As the clock reached 90 minutes, Stow pushed for a late winner and put pressure on the Norwich defence with several corners, but the hosts held firm.

Deep into added time the 10 men of Norwich gave Stow a scare as they went on the counter attack, but the cross into the box was cut out and the stalemate left both sides with a point each and four points from their first two games.

The Old Gold and Blacks continue their road trip away at Yaxley, in the preliminary round of the Emirates FA Cup, this Saturday (3pm).

Stow then take on Needham Market in the semi-finals of last season’s Turners Hyundai Suffolk Premier Cup, at AFC Sudbury, next Tuesday (7.45pm).