Stow go level on points with Aveley at the top of the league with a game in hand.

When it comes to the title chase, Stowmarket are not going away and are building that all important momentum and ‘stickability’ under manager Paul Musgrove. Clearly disappointed from the draw against Hullbridge last Saturday, Musgrove changed his team around to ensure there would be no repeat against Romford. Stow attacked the Romford defences producing several quality saves from the visiting keeper and from the uprights. The first goal came in the dying minutes of the half from a simple tap in from Bermudan International Reggie Lambe.

The Old Gold and Blacks set about the visitors from the first minute of the second half looking to add to their tally, the inevitable second goal coming from striker Josh Mayhew striking his shot from outside the box. Two minutes later Ollie Brown found himself in space to side foot the ball into the back of the net. Kane Munday who gave the visiting midfield a torrid time all afternoon, sent a delightful curling free kick into the top of the net to close out the game taking Stow level on points with Aveley at the top of the league with a game in hand.

Stowmarket now face Ipswich Town on Tuesday evening at Greens Meadow in the second round of the Suffolk Premier Cup. 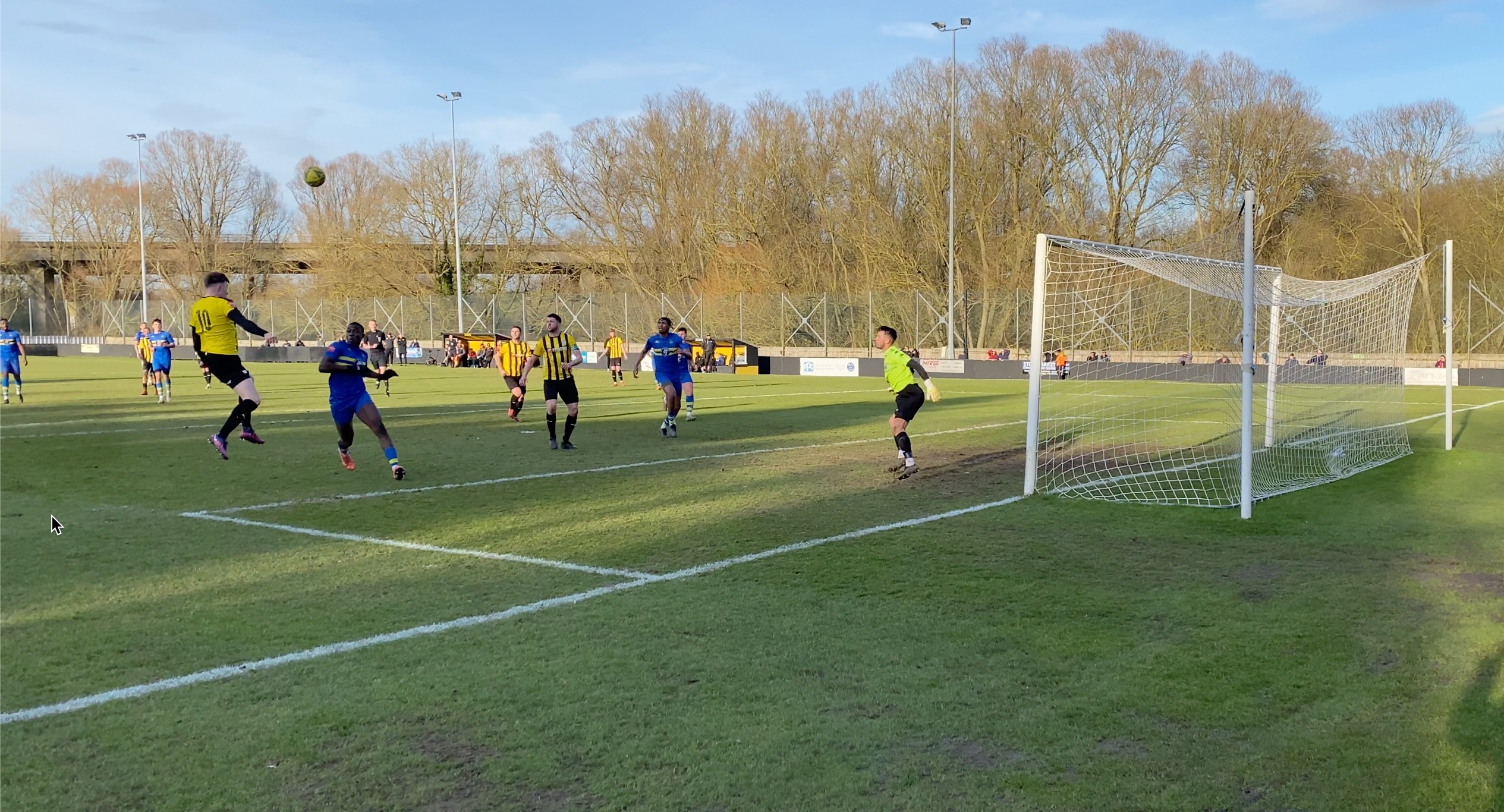 Second round of the Turners Hyundai Suffolk Premier Cup