Stowmarket Town’s run in this season’s Emirates FA Cup ended in penalty heartache after losing in a shootout at Cambridge City.

The Old Gold and Blacks were bidding to knock out a second Step 4 side in as many rounds, as they looked to continue their best run in the FA Cup for close to 20 years.

Jarid Robson had fired the higher-league hosts in front just before half time, before Jack Ainsley scored from the penalty spot after the break to get Stow back on level terms.

Both sides pushed for a winner to avoid the first qualifying round tie going to penalties, with a determined Stow coming close through Jamie Shaw and Luke Read to grabbing the game’s third goal in the final minutes.

Ainsley got Stow off to the perfect start in the shootout, scoring with the first penalty, but both Robbie Sweeney and Josh Mayhew saw their spot kicks kept out by Cambridge goalkeeper Daniel George.

The hosts were untouchable from the spot, scoring all four of their penalties to win the shootout 4-2 and knock Stow out. 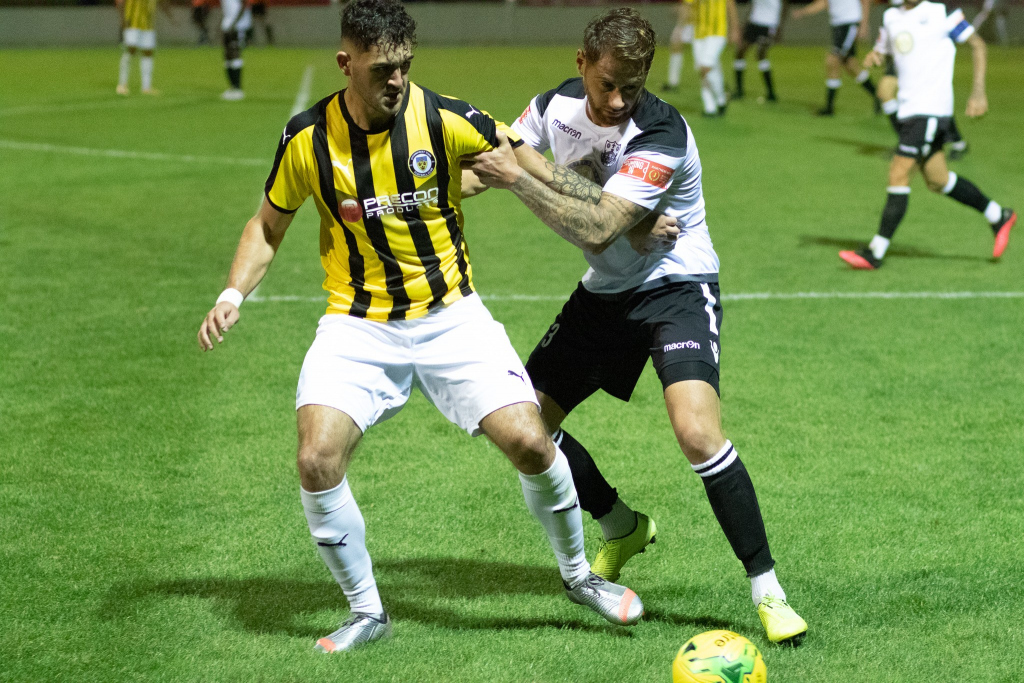 Rick Andrews’ men made the trip to The Glassworld Stadium, home of former Premier Division rivals Histon, for their third tie in this season’s FA Cup, having knocked out Rothwell Corinthians and Yaxley earlier this month.

Stow manager Andrews made two changes to his side that started in Saturday’s 2-0 league win at Thetford Town, as Read and Charlie Clarke came in for Craig Parker and Mayhew.

The higher league hosts had the ball in the net inside the opening 10 minutes, but the goal was quickly ruled out for a foul, and Stow soon started to put some good passing moves together, without testing George, in the Cambridge goal.

City responded with two chances in quick succession, one of which crashed back off the post, before they broke the deadlock two minutes before half time, when Robson sent a low shot into the far corner.

An improved second half performance has been a regular occurrence for Andrews’ side in recent games, and the trend continued with Stow pushing for an equaliser straight after the restart. 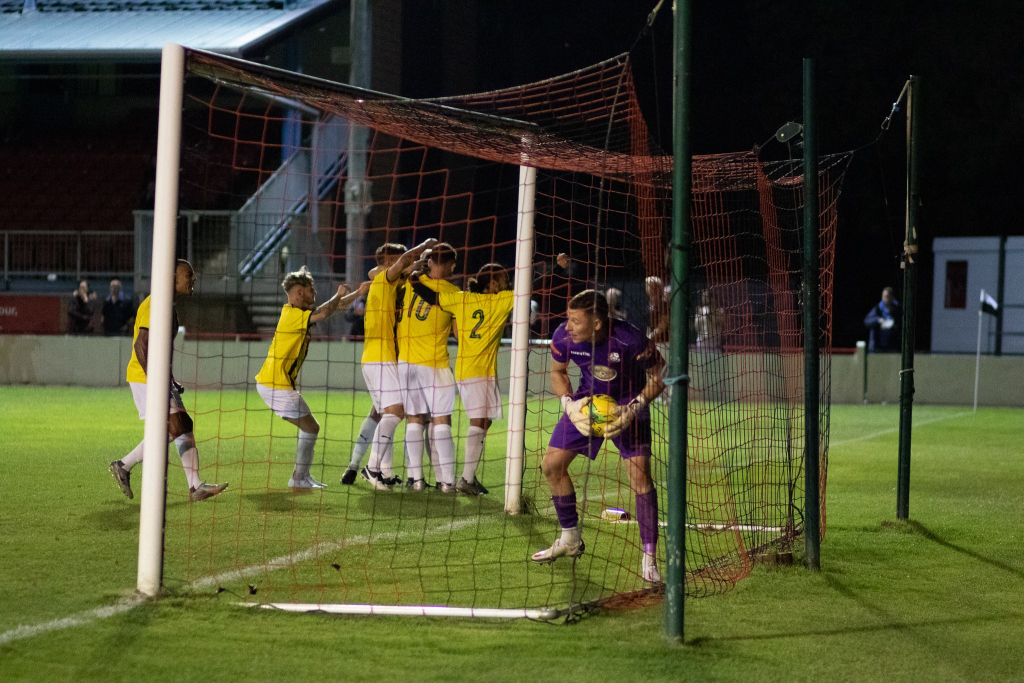 Clarke was denied in a one-on-one by George, but the equaliser would arrive not long after, as Cambridge were penalised for hand ball in the box and Ainsley converted from the spot on 63 minutes.

With the prospect of penalties to decide the tie looming, Andrews brought on Shaw and Mayhew in the final 15 minutes, and their arrivals almost inspired a late winner.

Shaw had a shot in the 89th minute pushed away for a corner, with the resultant set piece reaching Read in the box, but his effort went agonisingly past the wrong side of the post.

The tie went to penalties, the first time on record Stowmarket Town have played in a penalty shootout in the FA Cup, and it was Cambridge who prevailed to advance to the second qualifying round.

After a five-game road trip, Stow return to Greens Meadow when they host Godmanchester Rovers in the league this Saturday (3pm).