Stowmarket put on an impressive performance to reach the final of the Suffolk Premier Cup.

The Old Gold and Blacks emphatically put aside the disappointment of the weekend’s defeat at Aveley as they took on higher league Leiston at Bloomfields in the Suffolk Premier Cup semi-final on Wednesday night. The Stowmarket fans amongst the 347 in attendance provided the non-stop cup atmosphere that visibly lifted Paul Musgrove’s players who repaid the exuberant support with high quality entertaining football.

Stow looked comfortable from the kick off and played with purpose as both sides looked for the opener which came in the 31st minute when Sam Donkin in the Leiston goal mishit his clearance to Reggie Lambe who passed to Luke Brown only for Ollie Saunders to intercept and put the ball past the on-rushing Donkin for an own goal, which only served to increase the noise from the travelling Stow supporters by a couple of decibels.

The second half saw the Blues pressing and James Bradbrook getting a hand to a decent strike from Will Davies. However, it was going to be a night to forget for Leiston’s central defenders as Lambe sent in a pass to Brown which bounced in the air and former Stowmarket player Seb Dunbar being adjudged to have handled the ball in the box, just as Josh Mayhew was waiting to come on for Luke Brown. The confident and ever reliable Mayhew sending the keeper the wrong way with his first kick of the game 15 minutes from time. Mayhew added his second a minute from time to seal the victory for Stowmarket as he sidefooted into the net as Donkin could only parry a hard hit Chris Casement strike.

Stowmarket Town will play in their first Turners Hyundai Suffolk Premier Cup Final for 25 years on Thursday 21st April at Colchester United against either Needham Market or Kirkley and Pakefield who play their semi-final on the 12th of April. 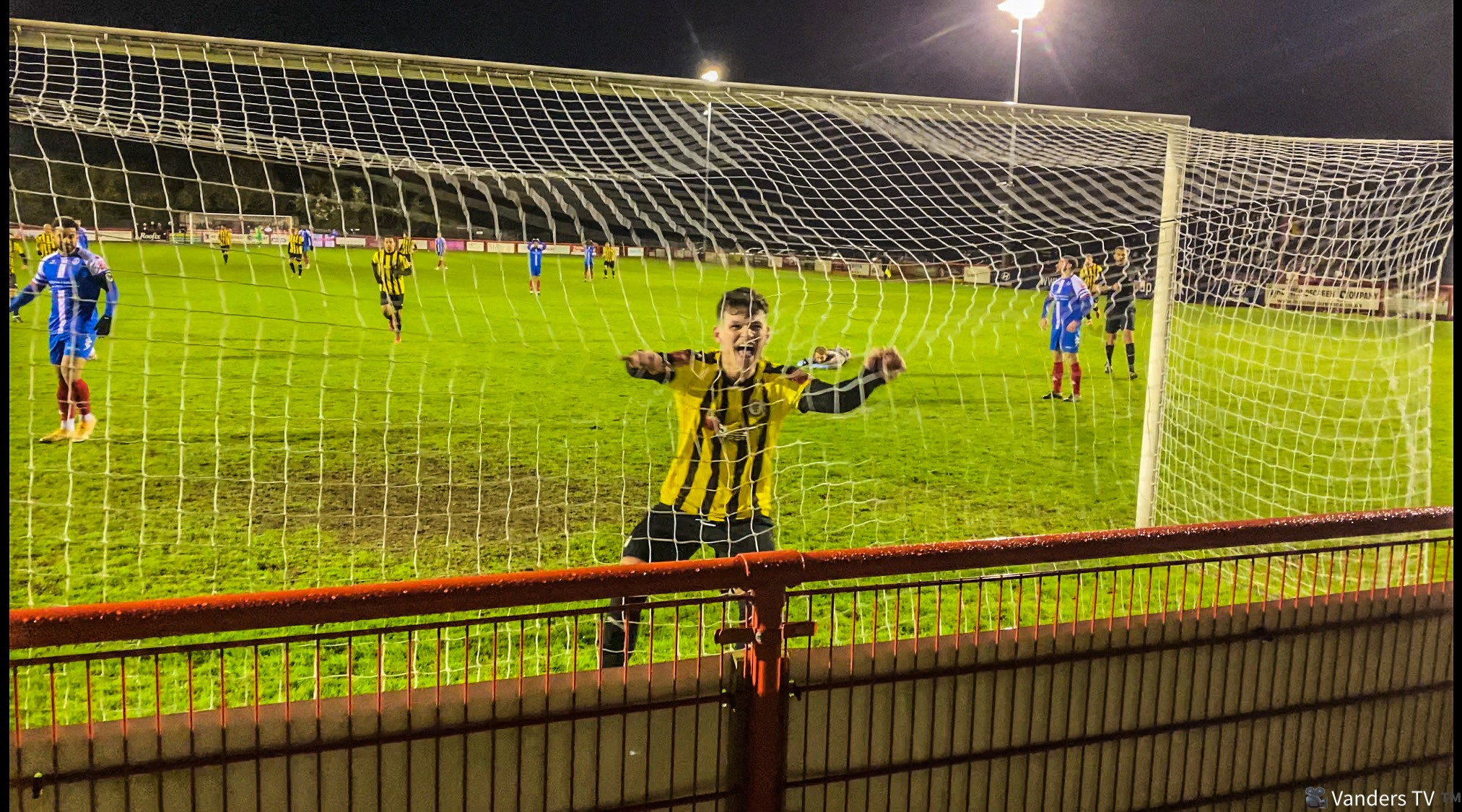