An injury time penalty helped Stowmarket Town rescue a point against Godmanchester Rovers and move to within one game of the Thurlow Nunn League unbeaten record.

But Luke Read pulled a goal back for the Old Gold and Blacks with 20 minutes to go, and Jack Ainsley netted from the penalty spot in the fourth minute of added time to salvage a 2-2 draw at Greens Meadow.

The draw stretches Stow’s unbeaten run in the Thurlow Nunn League Premier Division to 36 games, one game short of Wisbech Town’s league record of 37 games set in the mid-1980s.

For the first time this season, Stow manager Rick Andrews named an unchanged side, sticking with the starting line-up that pushed higher-league Cambridge City to penalties in the Emirates FA Cup during the week.

The bench was boosted by the return of Danny Cunningham from illness, while Stow’s two new signings, both announced on Friday, George Bugg and Evan Collard, were also named among the substitutes. 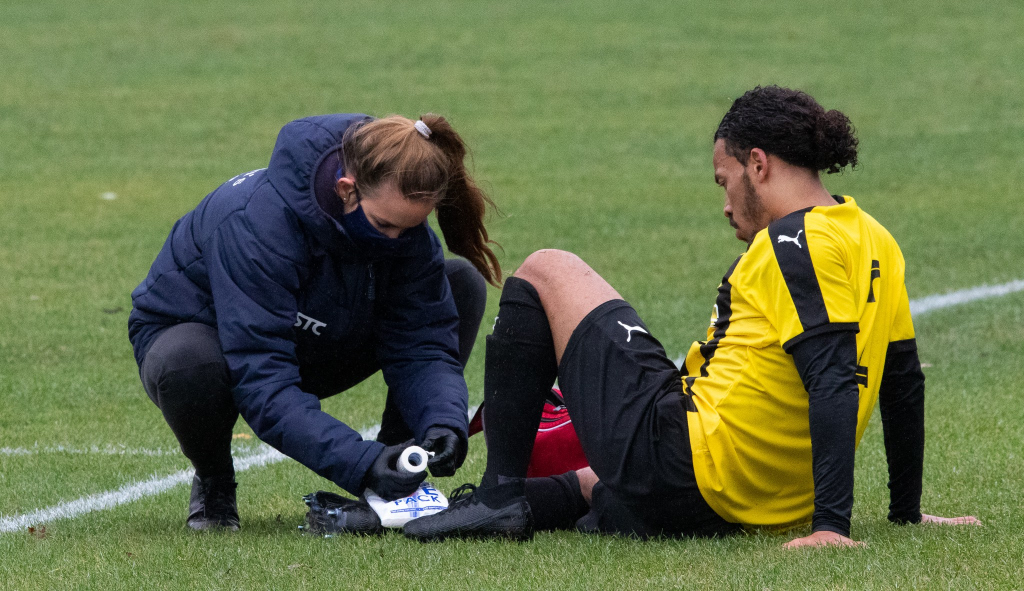 Goddy made the perfect start, taking the lead after just three minutes when Hyem met a ball over the Stow defence and slid the ball past James Bradbrook, the first league goal conceded by the Old Gold and Blacks this season.

Stow were forced into a change after 10 minutes when Ollie Brown limped off with an injury, and was replaced by Cunningham, and the home side’s afternoon got even worse when Bowen doubled Goddy’s lead on 29 minutes.

Allen fired wide early on in the second half to make it 3-0 and from then on Stow increased their efforts to save their unbeaten record.

Robbie Sweeney and Read both saw efforts go wide of the target, while Bradbrook made an important save at the other end to keep Stow in the game. 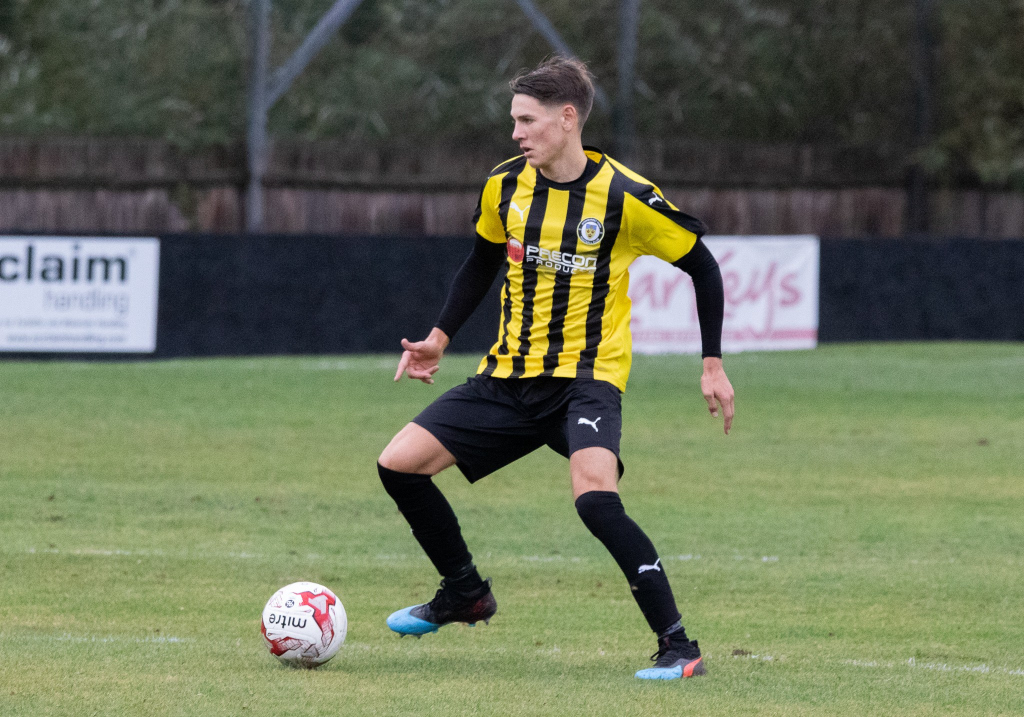 New signings Bugg and Collard were then brought on for the last half hour, and the changes sparked a late push from Stow to rescue a point from the afternoon.

First, Read netted on 70 minutes to cut Goddy’s lead to one, before Cunningham went down in the box in added time and the referee pointed to the spot.

Ainsley converted the penalty for his fourth goal in three games, and to equalise for Stow, as they avoided a first home defeat since January 2019 and kept their hopes of writing their name in the Thurlow Nunn League history books alive.