Stalemate in a goalless encounter at Greens Meadow.

High flying Stowmarket hosted Hullbridge on Saturday at Greens meadow in front of a crowd of 288 with the visitors fighting for survival at the wrong end of the table. Stow boss Paul Musgrove made several enforced changes due to key suspensions looking to extend his side’s winning run of form to six against Hullbridge who earned much needed wins in their previous two games against top opposition. The first half saw Stow pressing high up the pitch with no end product in the final third, Hullbridge having the better chances on the counter with James Bradbrook the busier of the two goalkeepers.

The second half replicated the first with the Old Gold and Blacks trying to find a way through stubborn Hullbridge defences to no avail. A double substitution of Josh Mayhew and Kane Munday nearly broke the deadlock when Munday’s cross found Mayhew stretching for the ball only to see his effort fly over the Hullbridge bar. It was Munday again that found Mayhew running through on goal with a lobbed pass only for keeper Lewis Greene to smother the striker’s shot on goal. Hullbridge then nearly took all three points when a Tony Stokes strike hit the crossbar much to the relief of the home crowd.

Stowmarket look to continue their promotion push and are next at home to bottom side Romford on Saturday. 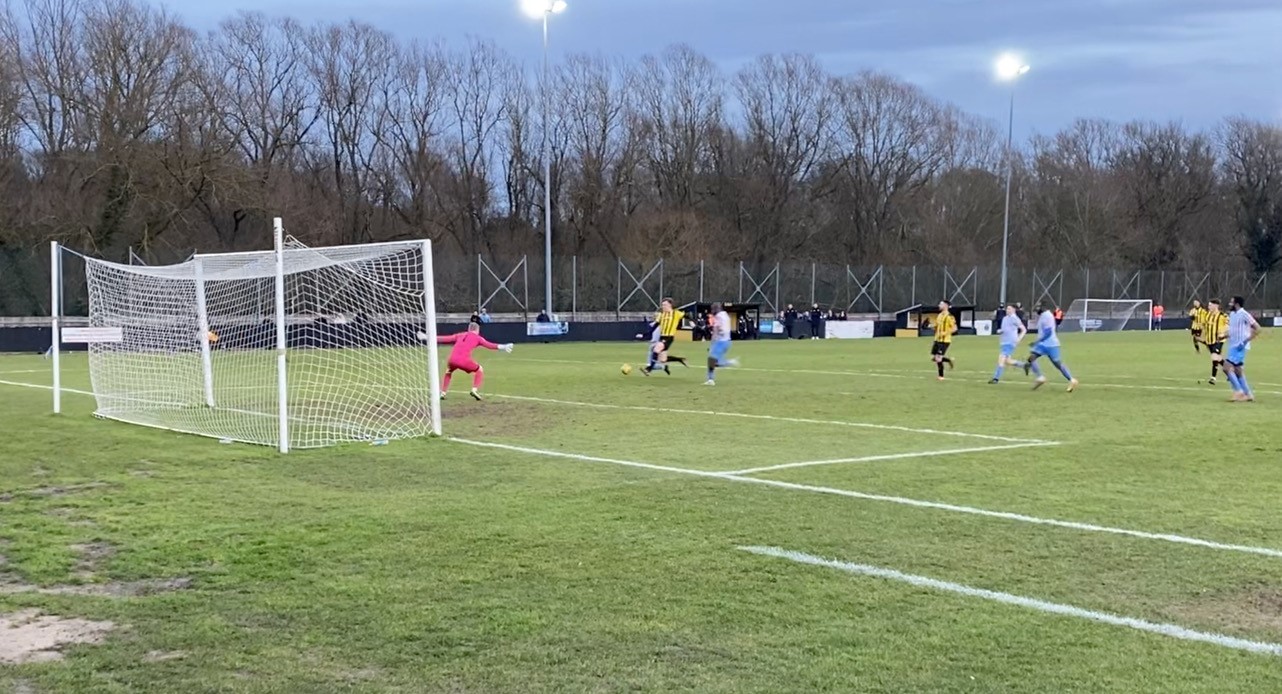