Stowmarket Town made a winning start to the new Premier Division season with a 1-0 victory at home against Gorleston.

Christy Finch struck the game’s only goal at Greens Meadow late in the first half, earning the Old Gold and Blacks all three points on the opening day of the new Thurlow Nunn League campaign.

The win capped off a pleasing first week back in competitive action for Rick Andrews’ side, who four days earlier beat Rothwell Corinthians 2-1 in the Emirates FA Cup.

Stow boss Andrews made two changes to the side which started in that season opener on Tuesday night, as striker Charlie Clarke made his debut and Luke Read was also handed a start on his 99th appearance for the club.

The two sides sat at opposite ends of last season’s Premier Division table before the break, with Stow in top spot and Gorleston bottom on goal difference.

Stow’s trip to Emerald Park, back on March 14, was the first game to be postponed due to the virus pandemic, last season, but the Greens arrived to Greens Meadow in good spirits after thrashing Swaffham Town 5-0 in the FA Cup during the week. 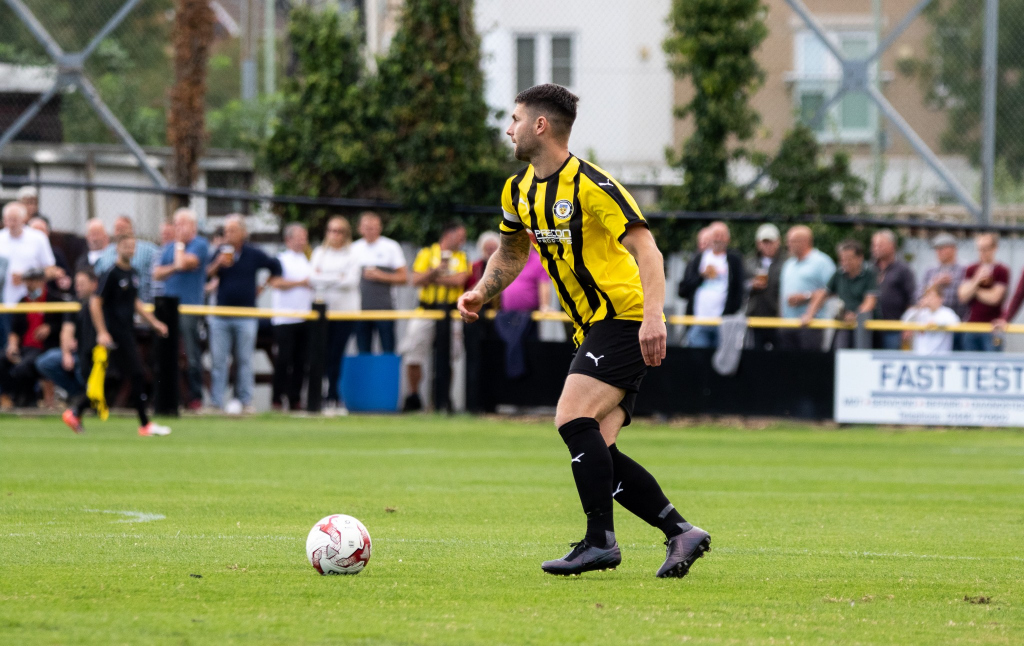 Read saw a shot deflected away for a corner, while at the other end Mitch McKay fired over, in the opening exchanges which saw neither goalkeeper truly tested.

A great dead ball delivery from Danny Cunningham, who was making his 50th appearance for the club, found Josh Mayhew close to goal and he sent his effort over the target.

Stow goalkeeper James Bradbrook was tested by a Connor Ingram free kick on the half-hour mark, as the Gorleston frontman looked to add his four-goal haul from their opening game against Swaffham.

The hosts enjoyed a sustained spell of pressure on the Gorleston goal towards the end of the first half, with Jack Ainsley and Clarke both forcing George Macrae into making saves.

And the breakthrough did arrive on 42 minutes, as Bradbrook’s long kick forward brought a mistake from the visiting defence, and Finch pounced on the error to send the ball into the corner for his first goal of the season. 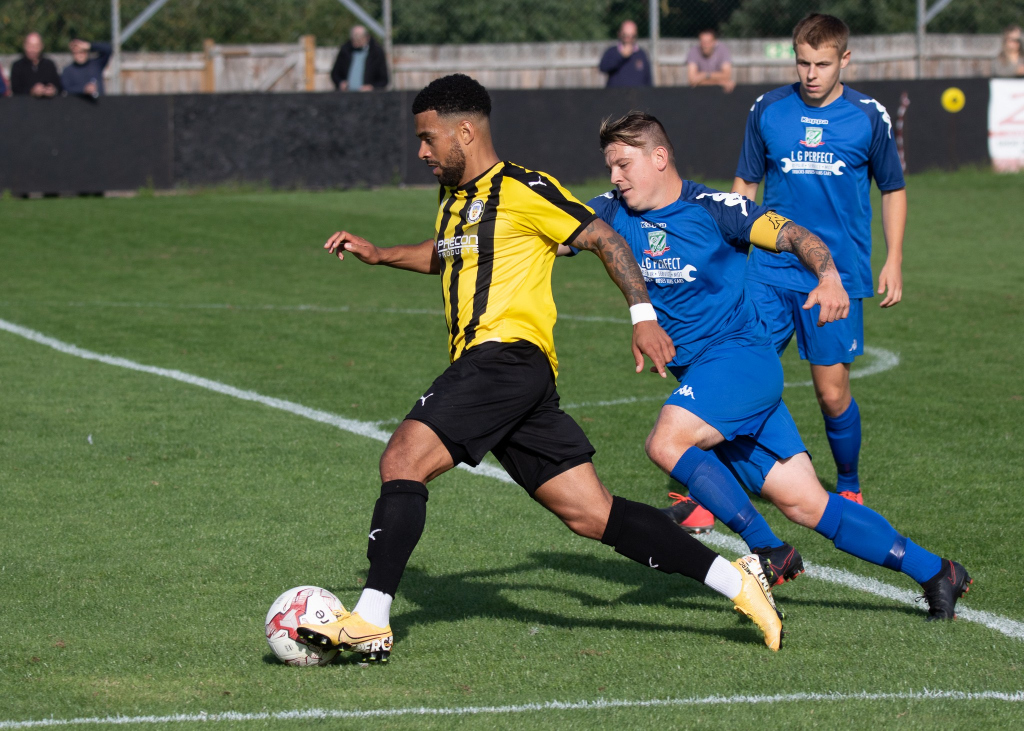 After the break, Seb Dunbar and Mayhew combined twice to create chances for a second goal, with Mayhew heading over and then drawing another save from Macrae.

Clarke came close again to marking his debut with a goal, as Macrae came to the rescue for the visitors with another save, but that would be the last of Stow’s efforts on target for the afternoon.

First Division title winner Ben Licence came off the bench with 20 minutes to go, replacing the injured Finch, and Stow saw out the rest of the game with their single-goal lead in tact.

Stow now head into a four-game road trip with a Premier Division visit to Norwich United on Tuesday (7.45pm), followed by a FA Cup preliminary round clash at Yaxley next Saturday (3pm).