Stowmarket secure their place in the playoffs against a resilient Dereham side.

The sun unusually shone on Easter Saturday as Stowmarket took on Norfolk side Dereham at Greens Meadow in front of 392 expectant fans with playoff places up for grabs for both. William Sarchet replaced the Old Gold & Black’s in-form James Bradbrook, who is out for the rest of the season with a suspected broken cheekbone picked up from the midweek defeat at Felixstowe. The first half was a cagey affair with both sides lacking ambition in the final third as Sarchet looked comfortable on his first team debut between the sticks as the first half finished goalless. 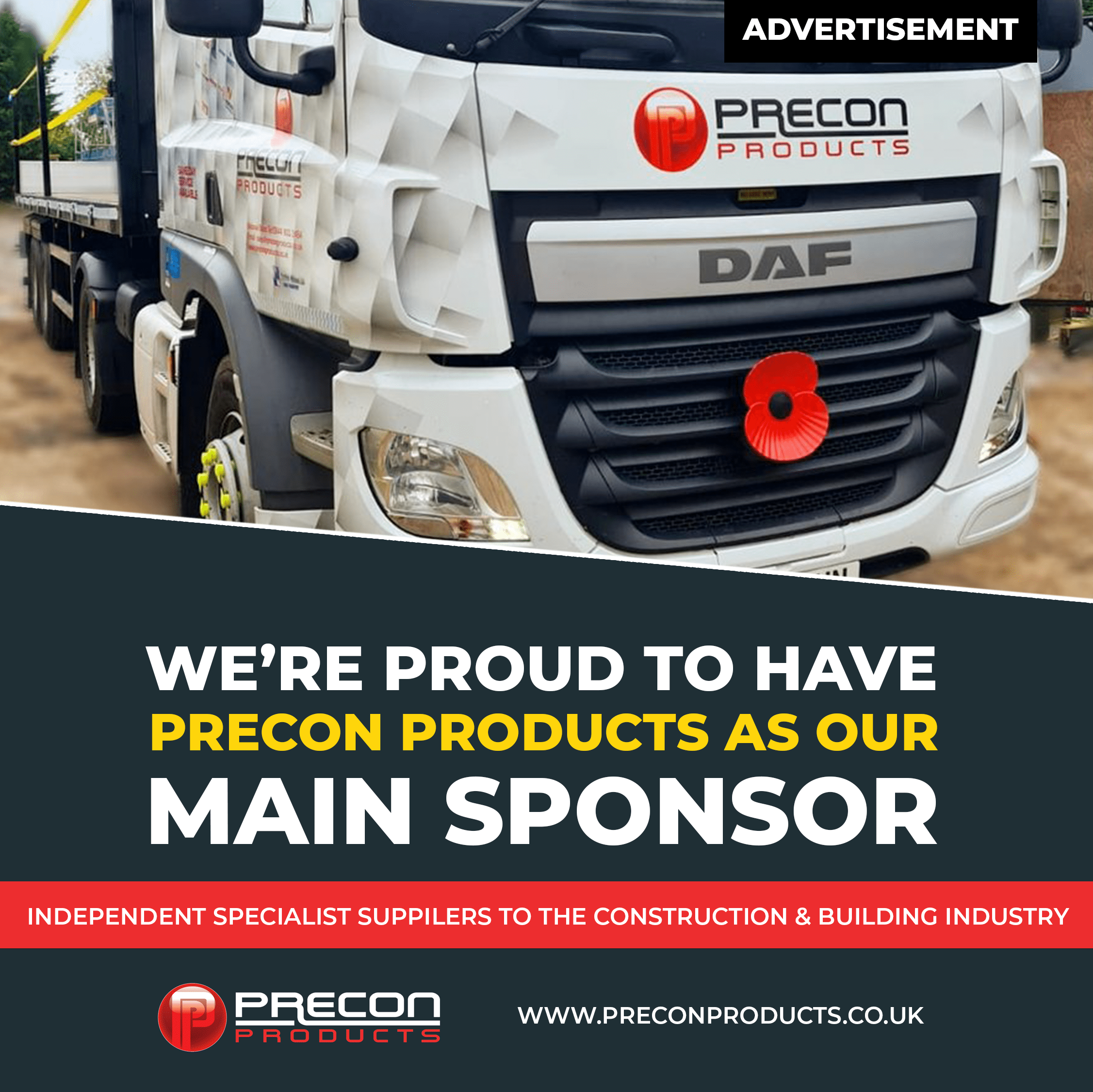 Paul Musgrove’s now famous half time team talk did the trick again as the Suffolk side started the second half with a desire not seen in the first. Four minutes in Evan Collard rose above the taller defenders to head in a Chris Casement cross to break the stalemate. Stow looked to extend their lead further, however it was Dereham who had the ball in the back of the net when Mathew Castellan headed in an Adam Hipperson freekick to level the score. With four minutes of time remaining Craig Parker nodded the ball into goal from a Reggie Lambe freekick. Dereham pressed higher up the pitch looking for a late equaliser leaving their backline exposed as Luke Brown took full advantage latching on to a through pass and slotting the ball past the keeper with a composed finish securing Stowmarket’s playoff place. 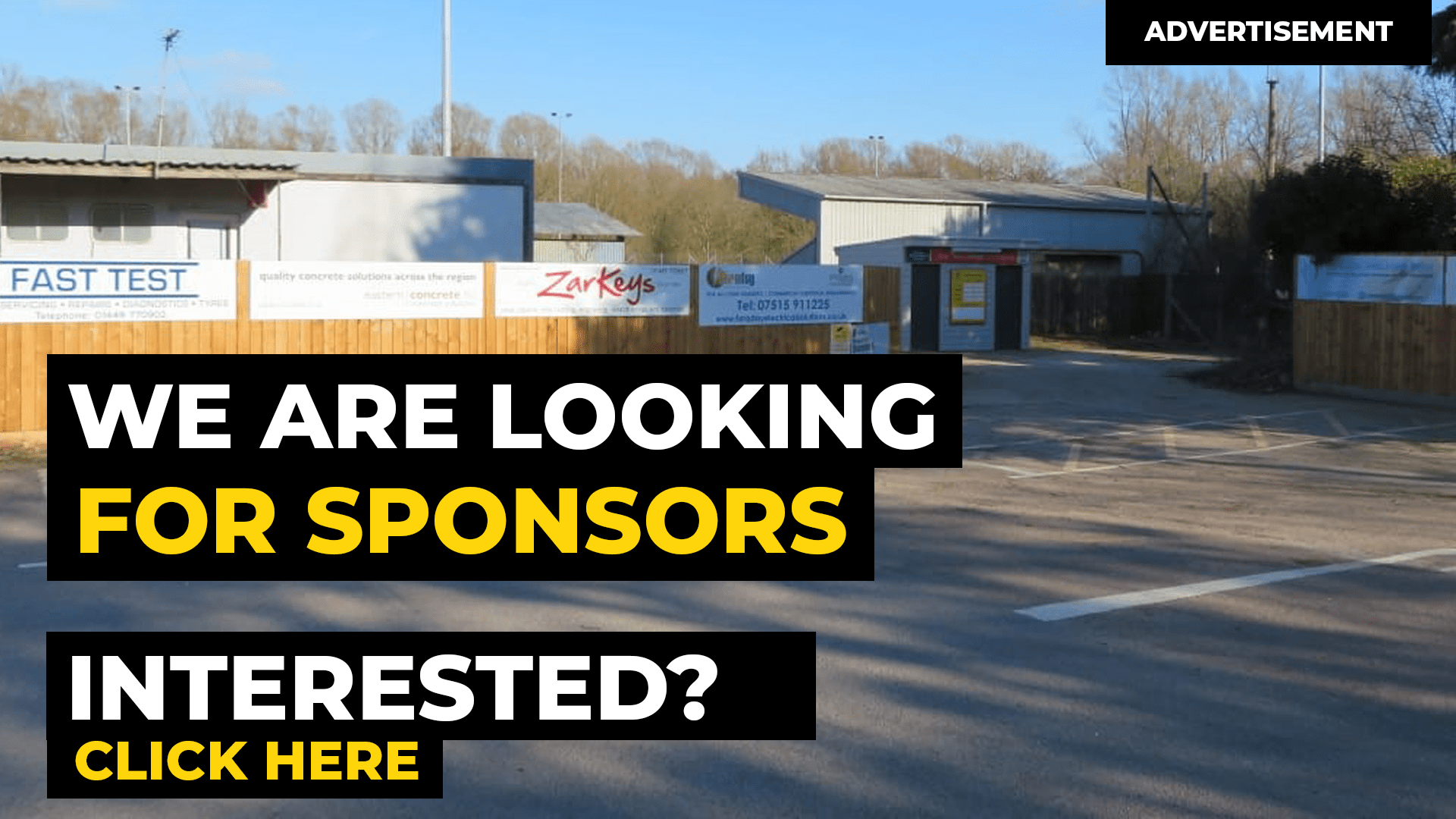 Canvey’s draw on Saturday means that Stow are level on points in second place with the Islanders, albeit with an inferior goal difference, as they travel to Coggeshall on Bank Holiday Monday.

📸 Iain van der Ree
Luke Brown with the Stow players as they secure a playoff place. 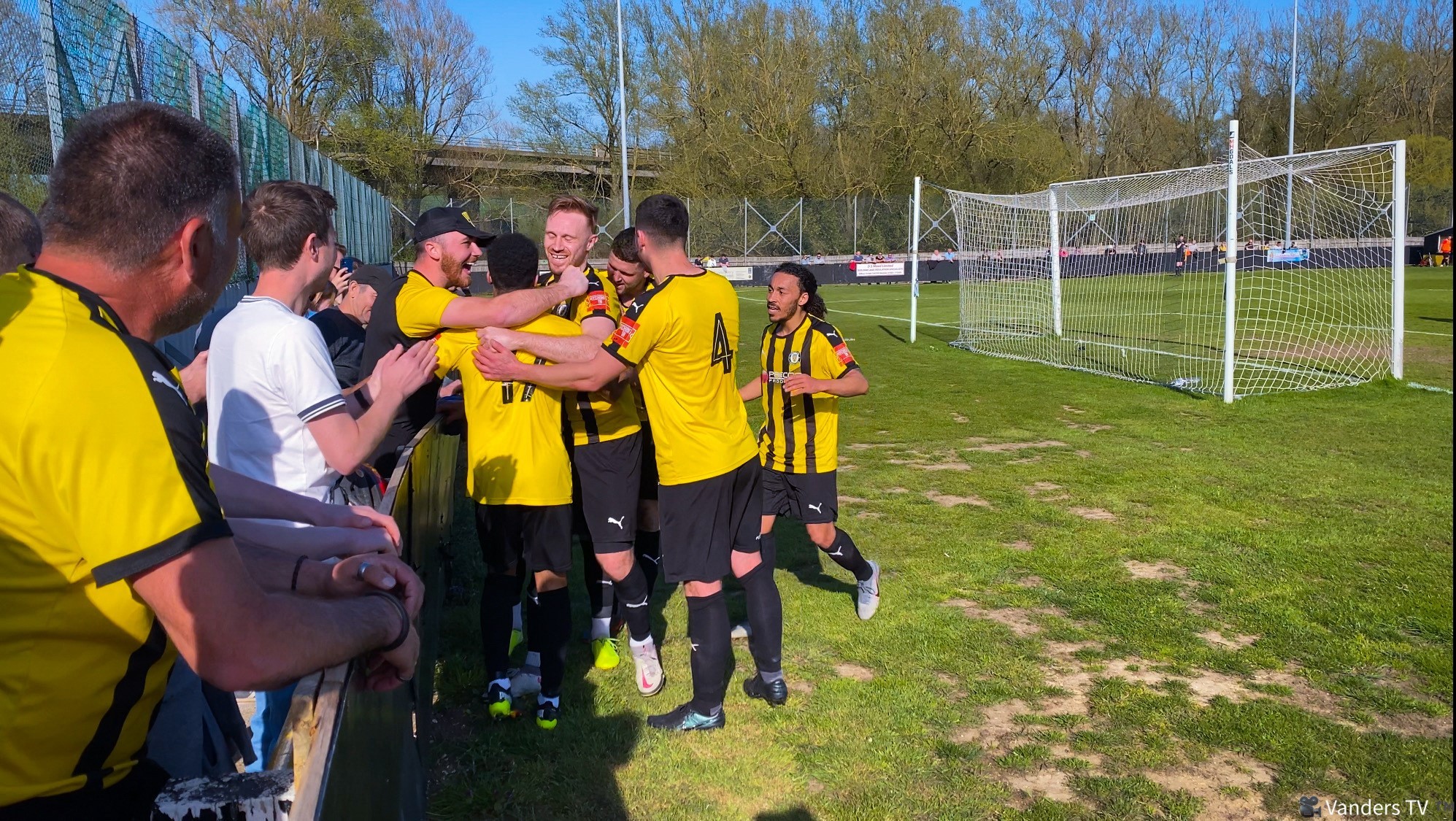