Stowmarket Town battled back from a goal down to beat Rothwell Corinthians 2-1 and earn their first home win in the Emirates FA Cup for 19 years.

The Old Gold and Blacks were made to work hard in what was their season opener for the 2020-21 campaign, and first competitive fixture in 175 days, since the previous season was cut short back in March.

Craig Maisiri blazed over from the penalty spot for the visitors after 10 minutes, before Nathan Bobowicz’s long-range strike put the Uhlsport United Counties League Premier Division side in front on 40 minutes.

Rothwell’s advantage lasted for barely a minute, as Jamie Shaw also struck from distance at the other end to level the extra preliminary round tie at Greens Meadow.

And it was another summer signing, Craig Parker, who claimed the winner for Stow, netting a brilliant free kick in the 69th minute to send the hosts through to a preliminary round clash away at Yaxley on September 12. 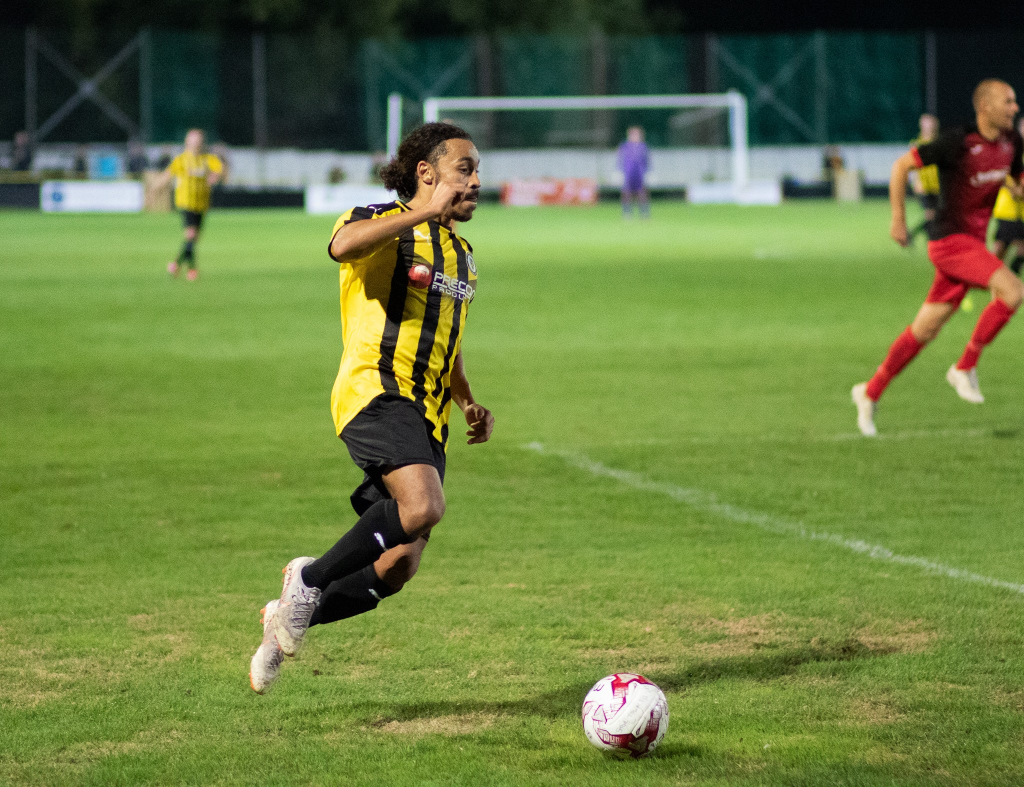 It was a familiar looking line up that Stow manager Rick Andrews picked for his opening game of the new season. Eight of his starting XI all featured in the 2019-20 unbeaten league campaign, while the returning Danny Cunningham made his first competitive appearance for the club in almost three years.

New recruits Shaw and Parker completed Stow’s first line up for 2020-21, while there was a youthful bench selected as Tom Bullard, Anton Clarke and Charlie Clarke all sat out through suspension, and Robbie Sweeney missed out due to injury.

Stow almost made the perfect start as inside the first minute Josh Mayhew, last season’s top goalscorer with 32 goals, headed over from a Seb Dunbar cross, but it was Rothwell who would have the best chance to score in the early exchanges.

The visitors were handed a penalty on 10 minutes, but Maisiri fired high and over the target to keep the score at 0-0. The Rothwell striker came closer with a chance in front of goal midway through the half, but James Bradbrook was equal to the effort.

Just as it looked like the teams would head into the break goalless, two goals in two minutes saw both sides grab their first goals of the new season. Bobowicz struck first for Rothwell, before Shaw, playing in defence alongside Joe Jefford, stepped up with a long-range strike to equalise. 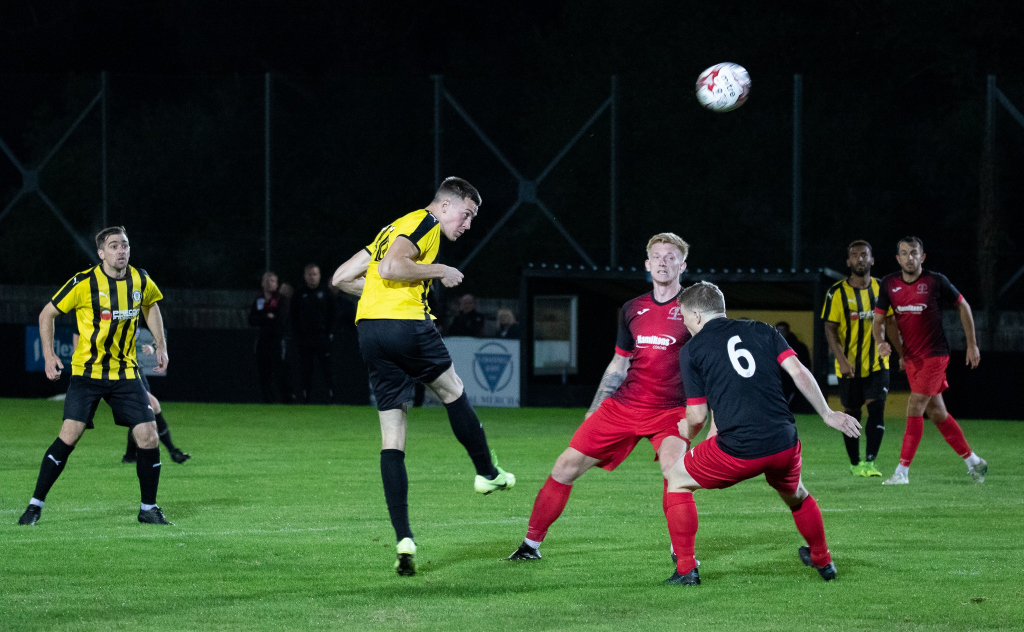 A lively start to the second half saw Rothwell’s captain Dan Cooper head the ball onto the crossbar from a corner, while at the other end Mayhew’s header went wide from a Christy Finch cross.

The game’s winner arrived midway through the second half, and was a moment of real quality. Parker curled his free kick past the reach of Ash Boycote, in the Rothwell goal, to hand Stow the lead for the first time.

And despite substitute Luke Read being shown a red card with six minutes to go, leaving Stow to play out the final minutes with 10 men, Andrews’ side held on to clinch their first home win since 2001 in football’s oldest knockout cup competition.